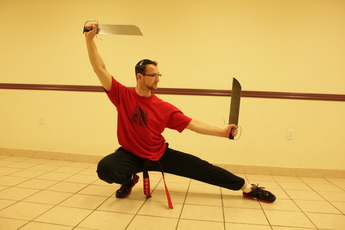 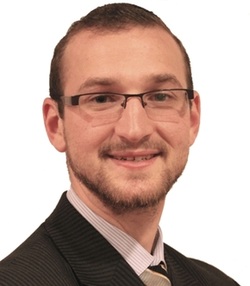 Mordechai grew up in the not-so-safe neighborhood of Sunset Park, Brooklyn and was often the victim of violence and other attacks.  It was crucial for him to learn how to defend himself.  At the age of fourteen, he came across an ad for Karate classes for frum boys, and decided to join, hoping these classes would give him the tools he was seeking. Although self-defense was what initially drew Mordechai to the classes, he discovered soon enough that practicing Martial Arts had many other benefits as well.

Karate training helped Mordechai focus in his studies and gain self confidence. Martial Arts also gave Mordechai a great workout and proved to be an excellent outlet. It instilled in him a sense of respect and discipline which helped him evolve from a scared Brooklyn boy into the confident, positive individual he is today.

Mordechai has trained in a variety of Martial Arts systems including Japanese Karate, Okinawan and Korean Arts, Chinese Kung Fu, and other Internal Chinese systems such as Tai Chi,Ba Gua, Xing Yi and White Crane. He is proficient in the application of weapons such as the broadsword, nunchaku, double-edged sword, butterfly knives, staff, Tonfa and escrima sticks.

In the Tora Dojo system, each black belt is awarded with a certificate and a carved seal reflecting their unique personality and characteristics. Mordechai was awarded the seal of Jian Guo 建 國, which means "to invigorate a nation". This name is very special to Mordechai as it attests to years of study and hard work in the martial arts. It also reminds Mordechai about his utmost goal -  to pass his knowledge down to his students.

Frum Karate - Jian Guo Martial Arts focuses on passing along the Torah values within the martial arts skills, as symbolized in this name.

Frum Karate was featured in The Mishpacha Magazine "Are you a soft target" and on the JTA website
_www.jta.org/2016/03/13/default/these-orthodox-jews-use-karate-to-defend-the-faith